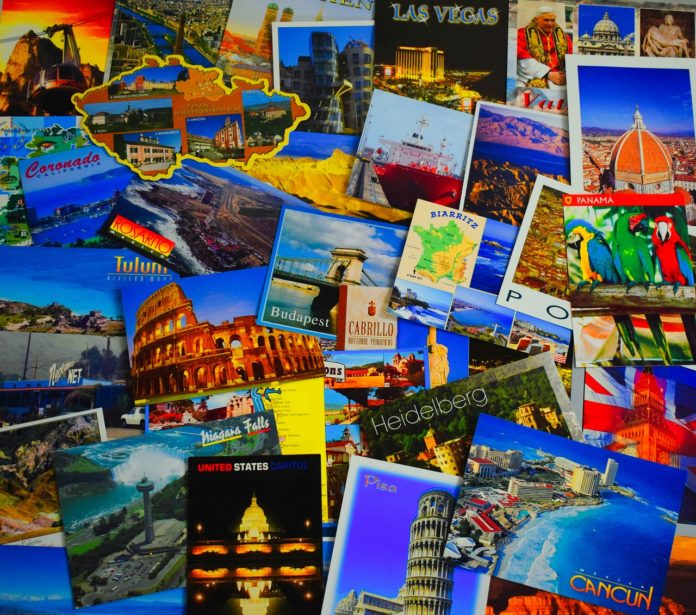 Around the corner from the Bank of England, one of the very institutions they seek to disrupt, Wanchain are brewing up a quiet revolution. With investor interest reaching fever pitch when the world’s first platform for private cross-chain smart contracts launched back in January, the world is now waiting for Wanchain’s next act: the incorporation of cross-chain transactions with the Ethereum blockchain in Q3 of this year. The signs are that there’s not long to wait.

After a whirlwind Asia tour to publicize the upcoming mainnet launch, aka Wanchain 2.0, and to showcase the startups that form the WanLabs incubator, on Thursday the company's entourage landed in London—the first stop on a European tour circuit which next week takes in Amsterdam and Zurich before culminating in Berlin.

“The way they approach things is creative,” said Christopher Post, CEO of WanLabs incubated startup, Intellos, a protocol designed to promote financial equality and open up investment opportunities to anyone with a crypto wallet. “We were talking about making a stablecoin. Their idea was that instead of being currency backed, it should be commodity backed.”

Intellos, which launching its private sale in tandem with the London event, hooked their algorithm-driven wagon to the Wanchain after a meeting at Consensus in New York earlier this year.

“We’re aiming to be the tokenized version of Goldman Sachs,” said Post.

Other startups in the Wanchain coterie have similarly lofty ambitions:

Cryptocurve wants to be the world’s blockchain front-end solutions leader.

0xcert claims to be building the first open protocol to support the future of unique or non-fungible tokens (NFTs), through a development framework with libraries and conventions. Their crowdsale is already completed. It sold out, reaching its $9.5 million hard cap.

How to Evade an Elephant

But what of Wanchain itself? The selling point is certainly sexy: any blockchain network— whether public, private or permissioned—can integrate with Wanchain, so it can establish connections between different ledgers and allow for cost-effective, inter-ledger asset transfers. The blockchain supports smart contracts, and allows for privacy in token exchange. Wanchain 2.0 promises to improve on this, not only does it integrate with the Ethereum blockchain but it also offers increased security.

And there was certainly a sense of expectation in the air, with some audience members making reference to the disaster that was the EOS mainnet launch. It was like the elephant in the room, acknowledged but distinctly unwelcome.

Wanchain’s CEO, Jack Lu, was keen to stress the work that’s gone into the newest version of the tech:

“We’ve been very focused on developing the product for Wanchain 2.0, which is our biggest milestone: a cross-chain,” he said. “We’re ready to launch our mainnet—in just a few days. We've been doing pre-launch events, touring the world, telling people we are the first ones in the world to reach this milestone. This milestone is huge, not only to our project but also to the industry.”

Yet not everyone in the Wanchain community is happy. The company started the year on a high, but since those giddy days, like many blockchain startups, its fortunes have taken a roller coaster ride.

“I’m here to get some reassurance and some feedback from the guys themselves,” Andy Moyo, an IT professional and retail investor, told Blockchain News at the event.

“Because I’ve been feeling a bit disillusioned and considering whether to keep my investment in Wanchain or sell it and invest in other projects, I’m hoping to get some kind of positive vibe from them to continue to HODL until December, January. Really, I’m confused about what strategy to go for,” Moyo said.

Such sentiments are likely to resonate with many retail investors throughout the world. Yet, Jack Lu remains enthusiastic.

He told Blockchain News that after solving issues surrounding privacy and smart contracts, this month the company has solved what it considers the third pillar of the puzzle: cross chain implementation.

“That’s huge,” said Lu. “That’s why our chain is very popular around the world, and a lot of people believe my vision. Now we are here. We have accomplished all the things that we promised to the community and we’re ready to launch our key pillar.” 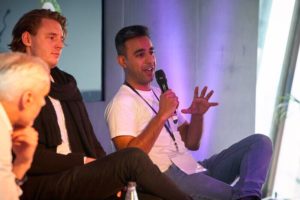 And there’s more to come, Wanchain promised. The company is now looking to support cross-chain functionality for Bitcoin as well as ERC20 tokens.

Investor Harsh Jani, who also looks after business development for Wanchain, believes the future may happen sooner than we think:

“The top 50 companies in the world are looking at the crypto space. They may not be involved right now but it’s coming, in the next three to six months. People look at the price [of their tokens], not the development that’s happening,” he said. “Blockchain technology is about to revolutionize almost everything we know. This change is going to happen a lot faster than most people can imagine. Over the last 20 years, we’ve worked on digitizing assets, now we just have to assign a value to them and it’s going to happen in the blink of an eye. Boom!”

Wanchain CEO Jack Lu: Why 2.0 is a Milestone for the Entire Blockchain Industry