Home News Exchanges Are Holding Back the Cryptocurrency Industry

Exchanges Are Holding Back the Cryptocurrency Industry 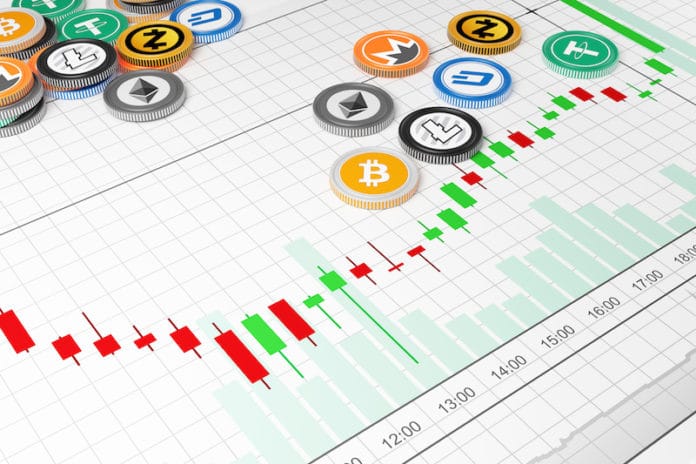 Centralized exchanges act as most people’s gateway into the world of crypto. These services allow people to easily buy and sell a vast range of coins and tokens; some popular such as Bitcoin, and some lesser known. The selection of cryptocurrencies listed on an exchange often dictates what a person chooses to trade. For instance, if the exchange you mainly use does not have a coin you are interested in, then it is likely that you will simply choose to invest in another coin instead, as it is much less hassle than signing up to a different exchange purely for that reason.

At first glance, this system works well, however the problems arise when examining the business models which centralized exchanges use. Essentially, the main way that exchanges make money is through their listing fees. To get listed on an exchange, coins and tokens must pay a substantial fee, sometimes ranging up to $100,000 and above. This is obviously an obscene amount of cash, especially when you consider how it is not particularly hard to actually add a coin or token to an exchange. In many cases, none of this fee is used to increase trading volume either, companies have to do that entirely by themselves. This system punishes smaller coins and tokens as they have to raise fees to both get listed and then to build volume. This means that most of the money raised by coins and tokens via ICOs and other means must be passed directly to exchanges, instead of being used to hit important milestones.

This is the standard model for exchanges, and as it has been like this for the entirety of the cryptocurrency market, people have become accustomed to it and simply accept it. Many people consider this to be a fair system, arguing that astronomical listing fees are needed to keep exchanges active, ignoring the fact that in many cases the maker fees, taker fees, and withdrawal fees are enough to sustain them. There is also the argument that exchanges charge high fees as a means of reducing how many cryptos are listed— this is wrong too. Setting money as a barrier for a listing does not prevent poor or low-quality tokens from getting listed, it only forces companies to focus on making as much money as possible instead of trying to hit critical milestones on their roadmaps.

Some cryptocurrencies struggle to raise the funds

This business model is harming the industry as exchanges are valuing coins which can raise money over coins which have a solid product. Binance is notorious for having high fees which can extend up to $1,000,000 USD. This is likely because it is the most popular crypto-to-crypto exchange on the market. Kucoin is known to charge less, although still a large amount; the team behind the Verify token reported a fee of $75,000 in a scathing report on Kucoin’s professionalism. Of course, not all centralized exchanges are like this: RightBTC does not charge a fee for token listings, although it does have a stringent vetting process. Many decentralized exchanges do not charge fees either, however they are usually only able to list tokens rather than coins.

If the crypto community want this system to change, then awareness of the topic needs to be raised first. Exchanges are typically cagey about their listing fees, meaning that information about the rates they charge rarely gets released. The behaviour of exchanges who charge huge fees is unacceptable, as it not just punishes the companies trying to get listed, but punishes the investors and traders who simply want more variety. If major exchanges were to change to a merit based system for evaluating listings rather than one which focused primarily on money, then perhaps the crypto industry could collectively reach its milestones faster than ever before.

Facebook
Twitter
Pinterest
WhatsApp
Previous articleNeon Exchange (NEX) – First Regulated Exchange Security Token in Europe – Announces ICO
Next articleArteïa, The Ultimate Decentralized Cataloging Solution To Manage The Value Of Art Collections
Aubrey Hansenhttps://www.linkedin.com/in/aubrey-hansen-70b845164/
Writing has always been my passion. That's the reason I studied media at the university and followed path of a freelance journalist. In 2015 I became interested in crypto and blockchain industry. Since then I have been reading, writing and educating myself about the digital world that not many people understand. I believe by now I have become a good expert capable to analyse the markets, projects, innovations and write engaging articles.

Cryptocurrencies remain extremely volatile. Bitcoin is consistently on track for topping their biggest monthly increase and decline. It faced one of their record-highs of...
Read more
News

BlockFilm is to become the first independent and leading blockchain-based film financing platform in the space. The Canadian based production platform will be powered...
Read more
- Advertisment -