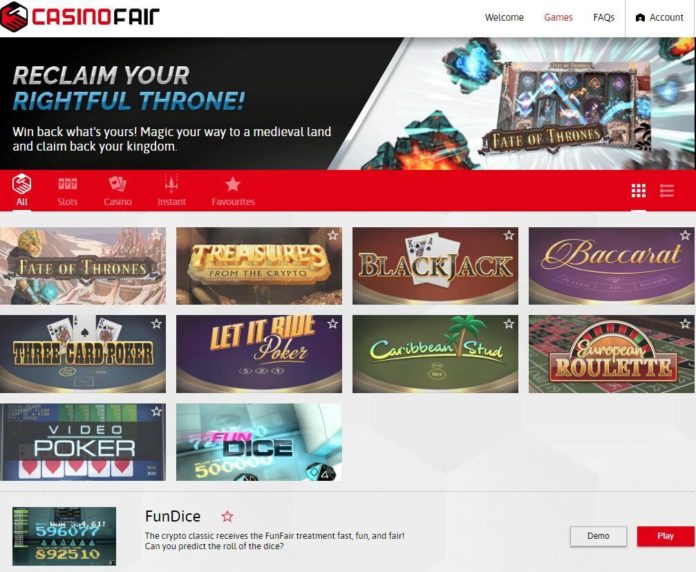 With their catch phrase ‘Famous for Fairness’, CasinoFair is offering players the fairest experience possible by using the decentralized nature of the blockchain and Fate Channels, FunFair’s owned version of generalized state channel technology.

Player protection and verifiable fairness are guaranteed at CasinoFair. Player funds are never kept in custody. All gaming session funds are held in escrow and are distributed  to the player and house immediately when the game ends, while its FairChecker feature ensures provably fair gameplay, preventing either party from tampering with the outcome.

The FunFair group’s founder, Jez San, said: “FunFair continue to lead the way in delivering a viable, quality blockchain casino with the launch of CasinoFair on our first-gen platform.

“Building our platform on blockchain technology allows us to deliver the levels of security and fairness that players demand, going beyond what is currently understood as provably fair, and CasinoFair will be the first of many FunFair partners changing the face of casino gaming for the better.