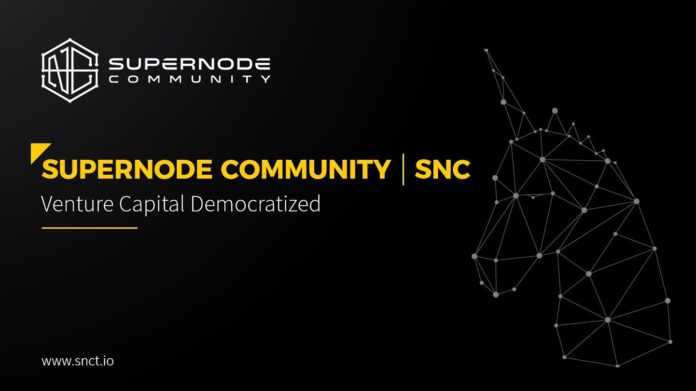 The man behind the shareholder Value fund, one of the first activism hedge funds in Hong Kong for CM Asset Management,  has decided to embrace blockchain technology. He has done so with SuperNode Community (SNC), a decentralized blockchain ecosystem to democratize the traditional venture capital (VC) model for startups.

“Blockchain’s potential in the venture capital game is there, but has yet to be realized. By streamlining the end-to-end seed incubation process, we envision that SNC will become the gateway to truly democratize access to opportunities in the venture capital space that have typically been out of reach for those who are not sophisticated institutional investors or high-net-worth individuals,” said Bing Lin, SNC’s Founder and CEO with more than 16 years experience in managing funds of up to US$2 billion.

SNC’s ecosystem aims to be the solution to the highly centralized VC model by allowing for participants beyond the traditional network to access a larger number of promising startups.Through this ecosystem, better incubation decisions can be made by leveraging on crowd wisdom. Not only will SNC help promising blockchain companies tap into much-needed capital, it will also provide incubation support for projects from idea to execution.

Through a voting mechanism, SNC’s participants can back domain experts known as “SuperNodes” to act on their behalf to perform initial due diligence and vet blockchain startups applying for funding. Finally an Incubation Committee made up of 21 SuperNodes will then jointly decide on whether a project will be approved for incubation. Once chosen, funds will be allocated and distributed through SNC’s Foundation.