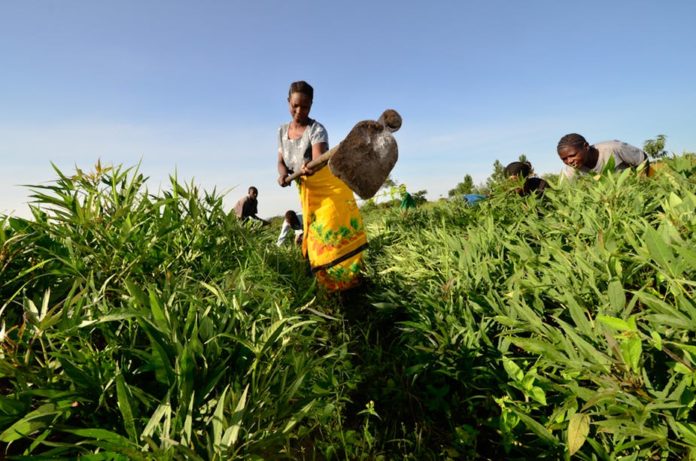 Block Commodities is bringing African farming to a whole new level. Based on disruptive technologies such as blockchain, AI, smartphones, cryptocurrencies and data sharing, the company is building an ecosystem to enhance agricultural activity and production using a blockchain-powered platform that is integrated with machine learning, predictive behavioral analytics and data-driven marketing.

The pilot project started in Uganda in September, when 1,000 smallholder farmers were granted cryptocurrency loans.  The farmers were provided with access to finance and credit, allowing them to purchase fertilizers, seeds and tools.

Block’s experts estimate that lack of information, poor transparency, severely limited access to funding and financial incentives, and inefficient trading practices hold back farmers’ production by 50% of its potential – a gap being narrowed by Block’s initiative.

But financial exclusion doesn't just hold back farmers from growing their production, it also prevents them from climbing out of poverty, since without the right tools, they cannot produce at a sufficient level for commerce. The granted cryptocurrency loans can, therefore, help scale up production to commercial levels without the need for banks or other institutions.

Innovation and agri-equipment, as well as the use of intelligent data such as BTC era software, will help farmers better manage the conditions and resources for production, such as changes in weather, soil fertility and policy making. Smart solutions create an integrated system where farmers can take control of their production and not be left at the mercy of traders.

“When we look at the farming and agriculture landscape in Africa, in terms of production and economy, we see there has been great exclusion of small-scale farmers from the market. 90% of food for the continent comes from European commercial farmers. Block works to integrate smallholder farmers into the system and give them access to the markets by adding value to their practices,” says Clinton Van Eden, head of Africa operations of Block Commodities.

The new farming ecosystem promises to reset the African economy to one that is more inclusive, diverse and tailored to the needs of its own population.