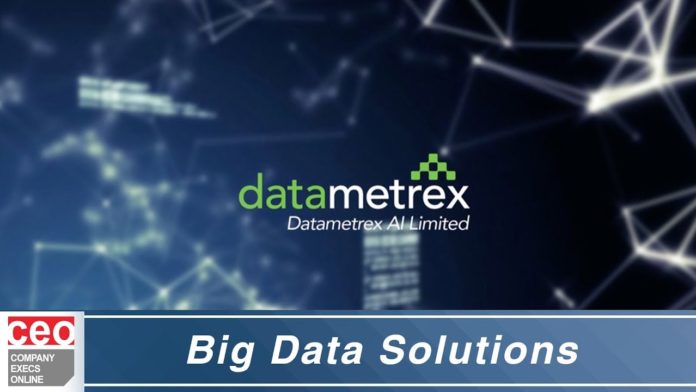 Datametrex AI Limited is pleased to announce that its wholly owned subsidiary, Nexalogy Environics Inc, has successfully developed a Fake News detection filter. The NexaIntelligence engine has been updated to include automated detection of suspicious news sources on social media.

Datametrex is proud to be one of the first companies in the field to productize its social intelligence tools with this functionality, through a technology focused on four exciting verticals, Big data, Artificial intelligence and Machine Learning through Nexalogy. It uses Blockchain technology for secure data transfers.

The Company is also pleased to announce that it is embarking on an aggressive machine learning initiative to develop more powerful fake news detectors that they plan to launch in the first quarter of 2019, just in time for the run up to the Canadian federal election.

“Thanks to our advanced clustering algorithms, Nexalogy has been able to spot content farms and bot accounts for years. As fake news becomes more prevalent we are seeing demand from both government and private sectors for disinformation detection in social discussions. Adapting the technology to the NexaIntelligence software has given us the ability and expertise in-house to tackle other dubious information sources in the future,” says Claude G. Théoret, President of Nexalogy.

“We are thrilled to be first movers in this space. Fake News is a serious problem for both the public and private sectors and we look forward to offering our solutions to help combat misinformation,” says Jeff Stevens, COO and President of the Company.