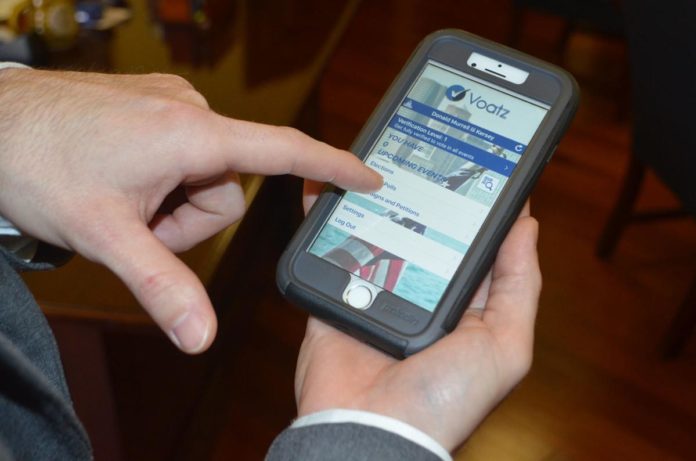 Blockchain may soon become the new cornerstone of democracy, because of its key characteristics – safety, security, transparency and inalterability of recorded data. The distributed ledger technology could ensure the integrity of election systems at all levels, claim the experts of the ICOBox’s International Blockchain Research Center (IBRC).

Last week, voting through blockchain was piloted in the US. US citizens located in 29 countries were able to vote in midterm elections using mobile app Voatz.

The process went as follows: voters had to register in the app and upload a picture from their state-issued ID. Then they recorded a short video, where their face was clearly visible. Next, the system compared the photo and the video and matched them to the voter database. Once the voter was verified, she or he received a virtual ballot, which they completed and confirmed their selection with a fingerprint or facial recognition. And then all the voting data was kept in the blockchain-based distributed ledger, which is essentially a sort of digital safe. It was only unlocked to count votes after the elections were over.

This was not the first attempt to carry out polling in this format. Last July, the first ever election using the distributed ledger technology took place in municipal elections in the so-called Crypto Valley in the Swiss canton Zug. This was a trial, no results were tracked, and the experiment’s primary goal was to test the performance of the digital ID system.

Another blockchain election was implemented last September in Japan, where local residents were asked to evaluate proposed social policies using blockchain. Interestingly enough, while in Switzerland the trial run was pronounced successful in every respect, in Japan the process encountered certain roadblocks: many voters could not confirm whether their vote was accepted. But this is likely more of an error on the part of the app interface developers rather than the failure of the blockchain technology itself.

“Some may ask, why make things so difficult? We already have a well-established election system which took ages to build. But the reality is that even in the US it is cumbersome and not entirely transparent. Voters in different states vote differently: in some parts of the country they can cast their vote by mail and in others they have to go to their polling stations. Some states count votes automatically or semi-automatically, and others use the good old way, doing it by hand. And most importantly, American citizens do not vote directly for the President – their votes go to Electoral College, which then elects the candidates for the top office,” explains Daria Generalova, Managing Partner at ICOBox. “By moving its elections on the blockchain, a state would gain a secure and transparent voting system, which would be virtually immune to potential tampering and fraud. Blockchain election apps may also serve to drive up voter participation by letting people vote literally from their comfy couches. We can talk about the true values of democracy till the end of time, but in order for it to work, we must also walk the walk. And blockchain, I believe, may become the very foundation that would ensure the democracy of the future.”