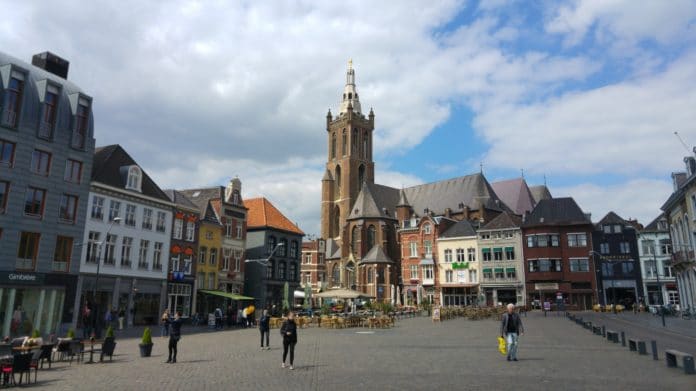 Het Belang van Limburg and Fairfin, launched the LimbU, a new community currency aimed at encouraging good habits in sustainability, community support, local products and short supply chains. The initiators of the LimbU are stepping up their efforts to gear to develop the LimbU’s own payment app and platform, in conjunction with The Studio, Belfius’ innovation laboratory.

The LimbU, is not backed by ‘hard currency’. It aims to contribute towards actively uniting all positive forces within the province, ranging from private individuals, companies, associations to public authorities. The goal is to encourage all these ‘forces’ to show support for building a greener, more welcoming Limburg.

The LimbU is a local community currency for everyone who lives in Limburg. To start earning LimbU, all people have to do is take part in constructive civil programmes such as collecting rubbish, working at a repair cafe, giving blood or plasma, taking part in a charity clothes collection, composting organic waste, attending a course on First Aid, opting for reusable diapers etc.  People can then ‘spend’ their earned LimbU with a number of partners like museums, swimming pools, restaurants, local traders and provincial partners. A digital currency payment platform needs to be based on cutting-edge technology and has to be entirely in line with official regulations.

Wim Van De Putte from Uitmuntend Limburg explains: “It was not easy finding the right partner with the required experience and expertise. But from the very outset, The Studio, Belfius’s innovation lab, impressed us with its ability to understand this complex issue and its willingness to meet the challenge. In fact, The Studio has its own scalable platform for creating a digital currency based on blockchain, enabling us to access the Belfius e-money licence. This gives them total credibility as well as the necessary security. The LimbU platform is currently available in all of the local council areas across Limburg. After registering on mijnlimbu.be, private citizens can take part in the sustainable programmes run by Limburg.net. At the present time, nine municipalities in Limburg have decided to operate programmes in aid of good causes with the LimbU. As a result, their residents are able to become involved more at the local level. This number is likely to grow exponentially in the years to come – particularly as the result of this partnership.”

Ronny Neckebroeck from The Studio: “We are honoured to be part of such a beautiful project. Developing the platform and payment app is a major step forward along the way towards making the LimbU project a professional and sustainable initiative. Working with Uitmuntend Limburg, we will make the LimbU a success – we are sure of it. And our experience in innovative digital solutions and blockchain makes us the ideal partner for handling the technological side of this great story.”

The Studio is no newbie in this fast changing world of blockchain development. Working with Flow Pilots, it has recently also developed a mobility platform aimed at schools and local authorities, enabling schoolchildren to earn ‘virtual ducats’, each time they walk to school or go by bike. This unusual reward system, which is also based on blockchain technology, is currently being rolled out in three Belgian pilot municipalities: Bonheiden, Peer and Crisnée.

At the beginning of this year, The Studio also developed Pengo, an innovative service that enables individuals to send payment requests via instant messaging platforms such as Facebook, Messenger and WhatsApp. The Studio also founded the start-up BrightKnight, which operates in the automation of robotic processes.