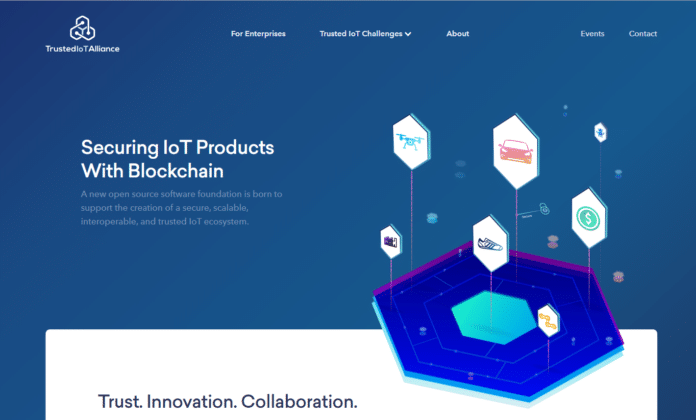 “Our alliance brings together the key players to drive forward a secure, interoperable and standardised infrastructure for the IoT. We wholeheartedly welcome innovative start-ups like Fetch.AI. We’re particularly excited about the role autonomous agents will play, they have the potential to ‘bring the IoT to life’ offering entirely new ways to create value for companies and consumers. Fetch offers the world what it’s been missing – an intelligent infrastructure to make this possible.”

“The Trusted IoT Alliance plays an important role in fostering collaboration between innovators that are building Web 3.0 and the major corporations that are so crucial for bringing these new models into production.” He continued: “Our scalable Smart Ledger offers an ideal infrastructure for high-frequency IoT use cases where agents can automate key aspects of mobility, supply-chains, energy and healthcare.”

Softbank recently forecast the IoT will be made up of a trillion connected devices creating over $11 trillion in value by 2025. As IoT devices begin to generate vast amounts of data, that data will increasingly be securely distributed using blockchain and finally consumed by AI technologies that deliver improved solutions.

With its ability to support autonomous agents, and to share predictions based on data amongst distributed parties, Fetch.AI is ideally placed to ensure an intelligent IoT. Fetch.AI’s unique, highly scalable infrastructure provides the search and discovery function and autonomous value exchange necessary for digital agents to deliver an intelligent IoT.

Fetch.AI agents will represent networked real-world assets to ensure these devices can autonomously maximise their own usage and value. Similarly, for IoT sensors the Fetch.AI network means that data streams can be monetized, bringing far more of the world’s data into play, from which all participants of the network benefit.

Fetch.AI will work with the TIoTA on its cross-industry projects to build the future economy by delivering a secure and scalable IoT ecosystem. Fetch.AI’s developers will be participating in the upcoming ‘Trusted IoT Challenge’ and ‘MOBI Grand Challenge’, designing autonomous agents to enable autonomous charging of electric cars.

The news is one of several recent major steps forward for Fetch.AI. The latest deployment of its technology is in collaboration with Clustermarket, the online sharing platform for scientific equipment, and GE Healthcare Life Sciences. Autonomous agents running on the Fetch.AI decentralised test-network are helping both users and laboratories improve the utilisation of specialised equipment through personalised predictions.

Fetch.AI is based in Cambridge, UK with development talent across the globe. Fetch breathes life into machines, data, services and infrastructure with digital representatives called Autonomous Economic Agents™ that can trade autonomously and unsupervised. Fetch delivers a unique, decentralised digital world that adapts in real-time to enable effective, friction-free value exchange. Powered by innovations such as the world’s first Smart Ledger, Fetch has digital intelligence at its heart: delivering actionable predictions, instant trust information and enabling the construction of powerful collaborative models. With unrivalled performance and scalability, Fetch is the missing critical infrastructure for tomorrow’s digital economy.

TIoTA is a result of the collaboration amongst passionate technologists working to leverage blockchain infrastructure to secure and scale IoT ecosystems. TIoTA seeks to enable trust in the data produced by such IoT systems in a distributed ledger/blockchain agnostic fashion, thereby enabling a decentralized trust model for interoperable digitized identities of physical goods, documents, immobilized assets, sensors, and machines.