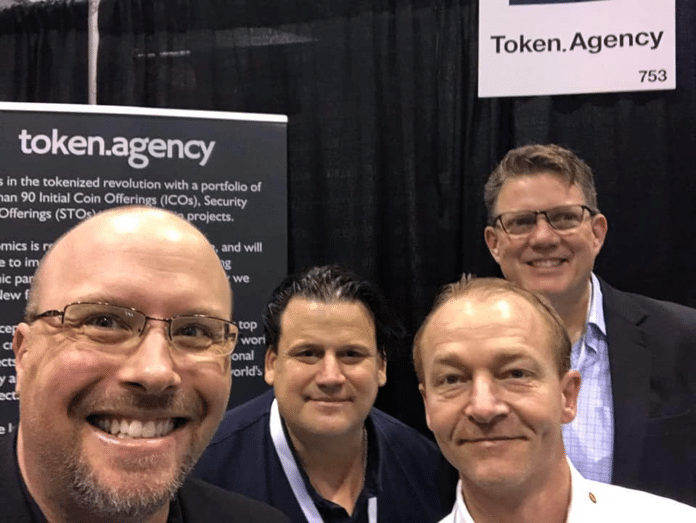 Token.Agency is finally here. After a soft launch at last November’s Blockchain Expo North America Silicon Valley, Token.Agency has opened its doors for business with a new website and new clients.

Token.Agency is new, but the team behind it is not. Their brain trust includes not only an MIT scientist but also experienced marketers, publishers and blockchain industry veterans.

“There is a gap in knowledge and a lot of confusion right now. We can help solve that,” says Richard Kastelein, Managing Director of Token.Agency. “The industry is shifting to a new, more credible market where tokens are securitized and acceptable to regulators. The next big, world-changing idea will be funded by this new wave of tokenomics.”

The partners have been involved in projects that raised more than $750 million in innovation funding in the United States, Singapore, Dubai, Gibraltar, Malta, Switzerland, Cayman Islands and Australia. Token. Agency has global partnerships with legal teams, regulators, exchanges, and other financial professionals such as broker-dealers, institutional investors, and established bitcoin investors. Combined, they have given more than 100 keynotes and thought leadership speeches at conferences around the world.

“There is a gap in knowledge and a lot of confusion right now,” says Theron Andrews, VP of Marketing in North America.

“Security token offerings in the U.S., in particular, are a great way to raise money in a regulated environment via accredited investors,” says Andrews, a former VP at New Alchemy. “And STOs are not only for startups but also for medium-sized businesses that want to grow.”

Token.Agency is part of a consortium of companies that includes the education firm Blockchain Partners, which has taught over 1,000 multinational corporate staffers the basics of blockchain via Webex remote and live classes. Also in the company’s portfolio is Blockchain News, the industry standard since 2015 with strong social media communities and Google rankings for its daily articles. Their pioneering event CryptoFinancing (Tokenomicon) was the first ICO event held in Europe in early 2017. Lastly, their Cryptoassets Design Group focuses on managing top advisory talent.

“We want to use our strong market position to not only educate people but also help them understand the blockchain business environment and find the right partners,” says Robert K. Elder, Token.Agency Founding Partner and Business Develop Executive.

As security tokens gain prominence, the ICOs environment is evolving.

“Businesses that want to include tokenomics in their projects still need a community and network to drive the free market supply and demand which make a viable tokenized ecosystem,” says partner Tobias Ebbinge.

Token.Agency is about more than helping new and established businesses participate in this emerging market, however.

“We have to help folks in the large agencies and business groups understand the new paradigm,” says Martijn Timmermans, Director of Operations. “There are so many emerging opportunities that combine cryptocurrencies, and loyalty programs and game theory—the possibilities are endless.”

Timmermans said he is planning to use the Tokenomicon brand to create smaller, more exclusive events for agencies and companies that want high-level engagement on the ecosystem.

“We have a massive network of people who can help with both education and consulting,” adds Timmermans. “Token.Agency is in the right place at the right time.”

Key appointments in the new agency:

Tokenomics is changing the way humans self-organize in communities and create their own value that is built from the bottom up, rather than the top down. These emerging economic paradigms are revolutionizing the way we trade. From inception to launch, the focus of Token.Agency is on advising top projects that create meaningful impact.

“We prefer to work on projects that have social value or transformational capability,” says Kastelein. “Currently, we are finding that real estate, loyalty programmes and supply chains are all now being transformed by blockchain technology and tokenomics – with real use cases coming to market in 2019.”