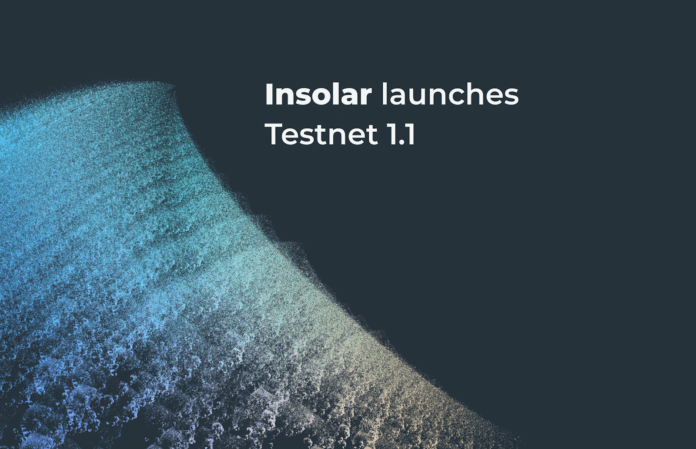 Insolar, a global technology company building innovative public and private blockchain solutions, just launched the Testnet 1.1 of its blockchain platform by making use of external nodes in its network. A number of corporate and academic partners have already reserved their nodes, including several bluechip companies and top tier academic institutions. The Swiss technical University ETH Zurich and Toronto’s York University will be participating.

Insolar, the company that calls itself the most secure, flexible and scalable blockchain for business, successfully launched its Testnet 1.0 in Juanuary this year, with a throughput of over 10,000 transactions per second on 20 nodes. During Testnet 1.0, all the participating nodes were hosted internally by Insolar.

Since Insolar’s platform is linearly scalable, each new active network node added to the network allows for the platform’s speed to increase. This makes the speed at which the platform can perform practically unlimited. The significance is decisive: in earlier generations of blockchain transaction speed typically becomes slower when more nodes join the network.

With its unrivaled scalability, Insolar has set a valuable milestone for achieving widespread enterprise adoption of blockchain, a technology which can revolutionize the way the world does business. Gartner predicts that in the near future, 20% of global economic infrastructure will be running on blockchain-based systems, which will add a colossal US $3.2 trillion in annual business value.