Home News Forte And Xpring create $100 Million Fund To stimulate Mainstream Use Of... 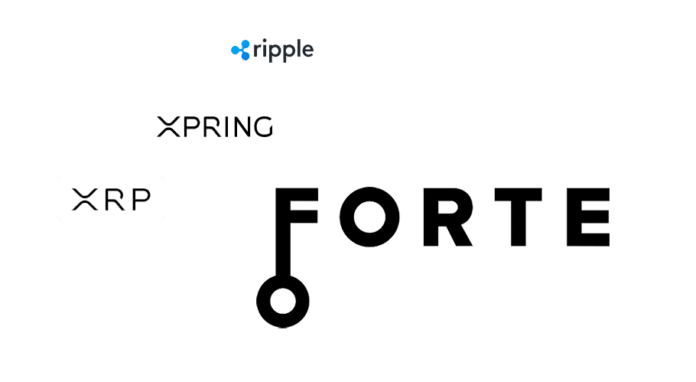 Forte, a provider of blockchain-based platform technology for the games industry, and Xpring, Ripple’s developer ecosystem initiative to develop infrastructure and collaborate with innovative blockchain projects, have formed a $100 million fund to support game developers.

The fund will operate alongside Forte’s platform technologies and include open-source solutions designed in collaboration with Ripple to speed-up the mainstream adoption of Blockchain technology in gaming, as it has the potential to improve game designs and help developers run better and more successful game economies. For many developers it has been difficult to develop and deploy this.

Forte’s platform makes it easy for developers to apply Blockchain technology to their games, increasing engagement and monetization with their players. The inaugural fund, managed by Forte, is primarily targeting game developers operating live game economies with over 50,000 daily active users and an interest in using Blockchain to unlock support for new game designs and drive business results.

“Blockchain technologies’ key innovations unlock vast potential for nearly all forms of digital interaction. Gaming is a $140 billion global industry driven predominantly by digital micro-transaction economies, which we believe will benefit immensely from the integrity and resilience of blockchain technology,” said Brett Seyler, Chief Platform Officer, Forte. “The industry needs solutions that can support these economies at scale with cross-chain interoperability.”

Forte’s technology stack includes components designed in close collaboration with Ripple, namely leveraging the open-source Interledger Protocol with XRP serving as a base pair settlement and the container-based hosting solution Codius supporting seamless transactions across blockchains. By focusing on cross-chain interoperability out of the gate, Forte is setting the foundation for long-term, sustained consumer adoption of blockchain technology. Forte’s platform components blend this supporting technology behind easy to integrate components for game developers.

Forte is actively funding game developers that meet its criteria. “We’re excited to connect with developers who are running live game economies with tens of thousands of daily active users or more and have an active interest in using blockchain technology to improve their business,” said Allen Ma, VP Partnerships, Forte.

“We are thrilled to partner with such a world class team of game industry veterans. Both Forte and Ripple have a shared belief that blockchain technology will have a massive impact on games, and that providing tools that are easy-to-use, chain agnostic and interoperable is a necessary step in driving scale consumer adoption,” said Ethan Beard, Senior Vice President of Ripple’s Xpring.

MIT to Tap Into Ripple Validator to Advance Consensus and Blockchain...