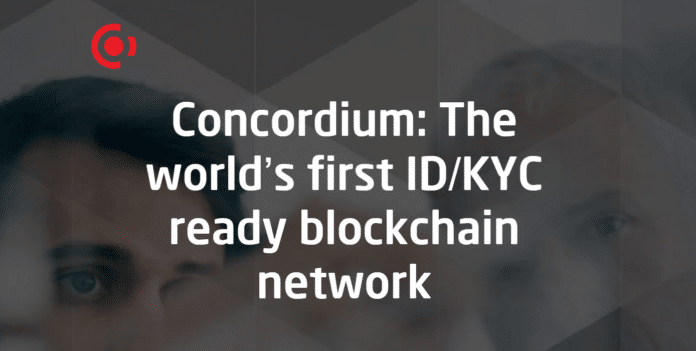 Concordium, a Danish identity-validating, regulatorily compliant blockchain network, has announced that Anders Fogh Rasmussen, former Secretary-General of NATO and former Prime Minister of Denmark, has joined as a Strategic Advisor.

“Given the enormous scope and far-reaching potential of the Concordium Network, it is essential for the Concordium Foundation to harness the knowledge of those with invaluable in-depth strategic expertise.”

“Anders will play a pivotal role in our global expansion plans to move into areas that require a blockchain solution for secure and private communications, as well as liaising with governmental departments that will benefit from its implementation. Our network will support tamper-proof voting systems to protect the institutions of civil society, which are fundamental to the functioning of democracy. With Anders’ guidance, Concordium is better equipped to become a globally trusted network for secure transactions, most notably by improving the integrity of the voting process,” Christensen continued.

Rasmussen served three terms as Prime Minister of Denmark from 2001 until 2009, and previously held several other high-profile positions in the Danish government, including Minister for Taxation and Minister for Economic Affairs. Following his tenure as Prime Minister, Rasmussen was elected as Secretary-General of NATO, where he served for five years before stepping down in 2014.

Rasmussen is also the Founder and CEO of Rasmussen Global, an international political consultancy dedicated to issues on democracy, transatlantic relations, security policy, economic development, and the European Union. In 2017, he founded the Alliance of Democracies, a non-profit organization dedicated to the advancement of democracy and free markets across the globe.

The Concordium Foundation’s goal is to make the Concordium Network the world’s first ubiquitous, standardized, easy-to-use, and fully compliant blockchain network, designed to provide both a solid store of value and the global backbone for keeping track of the world’s transactions. The Concordium Network features a protocol-layer identity-validating, mechanism, which will ensure that every user on the network is identified, and every transaction involves provenance tracking.

Rasmussen said: “We are only beginning to see the benefits that blockchain technology will bring to our societies, including in our democratic processes. Concordium’s blockchain-based voting solution offers a means of voting that is trustworthy, quick, and cost-effective. I am pleased to be working with Concordium to make sure that every vote is counted.”

Facebook
Twitter
Pinterest
WhatsApp
Previous articleUS National Pork Board and RIPE.IO Partner to Improve Sustainability, Quality, Traceability, Waste and Fraud in the Industry
Next articleFashionTV Leaps into the World of Blockchain by Partnering up with Decentralized E-commerce Platform WAAM
Richard Kasteleinhttps://www.the-blockchain.com
In his 20s, he sailed around the world on small yachts and wrote a series of travel articles called, 'The Hitchhiker's Guide to the Seas' travelling by hitching rides on yachts (1989) in major travel and yachting publications. He currently lives in Groningen, the Netherlands where he has set down his anchor to raise a family and write. Founder and publisher of industry publication Blockchain News (EST 2015) and director of education company Blockchain Partners (Oracle Partner) – Vancouver native Richard Kastelein is an award-winning publisher, innovation executive and entrepreneur. He has written over 2500 articles on Blockchain technology and startups at Blockchain News and has also published in Harvard Business Review, Venturebeat, Wired, The Guardian and a number of other publications. Kastelein has an Honorary Ph.D. and is Chair Professor of Blockchain at China's first blockchain University in Nanchang at the Jiangxi Ahead Institute software and Technology. He has over a half a decade experience judging and rewarding some 1000+ innovation projects as an EU expert for the European Commission's SME Instrument programme as a startup assessor and as a startup judge for the UK government's Innovate UK division. Kastelein has spoken (keynotes & panels) on Blockchain technology at over 50 events in 30+ cities.