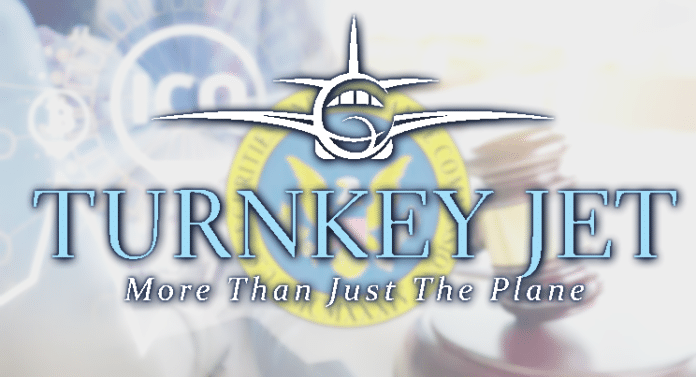 The US Security and Exchange Commission (SEC) has issued a no-action letter to TurnKey Jet, Inc., agreeing that digital tokens used by the business-travel startup did not meet the definition of a security.

On the optimistic side, the SEC has been willing to work with counsel to arrive at a conclusion that worked for TurnKey and the request letter relied heavily on the opinion of TurnKey’s counsel, James Prescott Curry.

In addition to drafting nearly ten versions of the letter, Curry disclosed having taken as many as 50 calls with SEC staff, beginning in the fall of 2018. This shows that persistent and reasoned application of the federal securities laws can help shift perspectives on the regulation of digital assets. But not to be overlooked are:

According to an analysis from Brian Korn, Ben Orlanski and Lucille White of Manatt, Phelps & Phillips, LLP:

And perhaps even more important for ICOs, the TurnKey letter represents an instance of the SEC staff concluding that something falls on the “utility token” side of the line and therefore is not a security, because it is not likely to be purchased with investment intent and because it fails the Howey Test. The staff has been reluctant in the past to conclude something is not a security, as doing so effectively strips the SEC of its jurisdiction to police fraud. While the hurdle may be very high, TurnKey shows that, in the right circumstances, it can be cleared. Whether other ICOs can extend TurnKey beyond its narrow facts will be a crucial test.

This allows TurnKey to offer and sell digital assets in the form of “tokenized” jet cards (“Tokens”) to its members, regardless of their accredited investor status, who can use those Tokens to charter a private jet. The no-action relief, however, was subject to some important restrictions, including:

In addition, although not highlighted in the SEC’s no-action response letter, it is notable that TurnKey also promised to hold in escrow all funds received from Token sales until the Tokens are redeemed for air charter services, and not to use those funds for any other purpose.

The legal analysts from Manatt, Phelps & Phillips added that the most commonly used framework for determining whether a digital asset is a security was first announced in the 1946 Supreme Court decision SEC v. W. J. Howey Co. Known as the “Howey Test,” the test finds there to be an “investment contract” (a security) where there is (i) an investment of money (ii) in a common enterprise (iii) with an expectation of profits to be derived solely from the efforts of promoters or third parties.

“TurnKey conceded the first two elements of the test (i.e., those factors argued in favour of the existence of a security) would be met. TurnKey argued, however, that the third factor was not met. Specifically, the primary motivation to purchase Tokens is consumptive (i.e., to efficiently obtain air charter services through prepayment on the platform), as consumers who purchase Tokens will have no right to share in any income generated by TurnKey in the sale of Tokens. In addition, the transfer restrictions outlined above make it economically impractical to trade Tokens in a secondary market. For example, if continuous, ongoing Token sales are offered at US$1 per Token, the market price of Tokens will not exceed US$1. Therefore, as TurnKey’s letter addresses, although the financial gain is theoretically possible, any such gain would not result from the promotional efforts of TurnKey, and therefore, the third element of the Howey Test is not met.”

“The Howey framework helps to explain the SEC’s decision to approve TurnKey’s initial coin offering (ICO) despite its consistent position that most ICOs are securities and subject to regulation. As TurnKey’s counsel outlined in numerous letters to the SEC staff, the Tokens are purchased for the specific purpose of obtaining air charter services. The economic substance of the transaction is thus fundamentally different from a conventional securities offering in which purchasers are betting on the success of the enterprise, rather than purchasing something to be exchanged for goods or services. By contrast, most ICOs we’ve seen in the past have involved purchasing tokens with the expectation that promoters will build a valuable digital enterprise, allowing investors to sell the tokens in the secondary market at a higher price. In such situations, the applicability of Howey is clear, as the digital assets are operating just like shares, albeit in digital form.”

“As the first no-action letter addressing blockchain-based fundraising, the TurnKey letter is a milestone for the cryptocurrency industry, resolving many of the uncertainties that have constrained the market’s growth. Still, the regulatory stamp of approval should be regarded with great caution—what the SEC “giveth,” it partly “taketh away.” No-action letters are highly fact-dependent, and the TurnKey Token sale also is an outlier in the ICO landscape—what other ICOs or token sales could meet the conditions the SEC imposed, such as those preventing the use of funds to develop the platform? Or the restriction on marketing the tokens solely to provide a real service and not for the potential for appreciation? Or, as the request letter provides, holding all funds in escrow for use solely to purchase the service?”