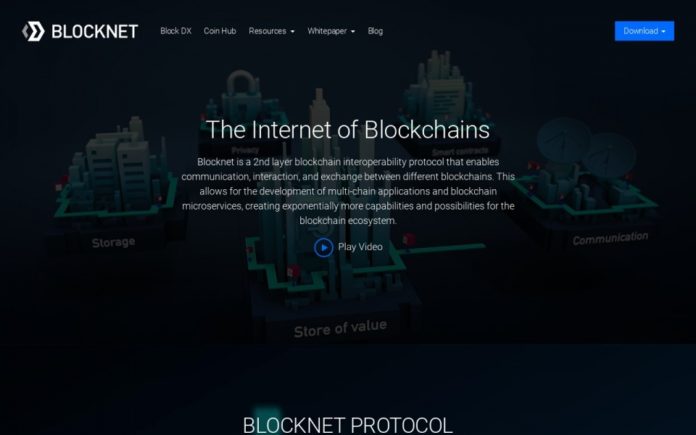 Blocknet has released the beta version of XRouter, a blockchain router that will provide for multi-chain, lightweight dApps to harness contracts and protocols from different blockchains, allowing them to communicate and use each others’ specific features. XRouter lays the foundation for multi-blockchain architectures and an “Internet of Blockchains”.

Developers are now able to utilize the best aspects of any chain instead of building and coding a new dApp from scratch. You will be able to develop applications on any blockchain and offer services that utilize features from other blockchains, essentially mixing and matching any blockchain you desire.

This means developers can occur on any chain and the features needed can be pulled in from other blockchains. XRouter allows access to any available RPC command without needing that blockchain installed locally, and is decentralized, there are no servers to be trusted. XRouter also enables the verification of blockchain records from theoretically any blockchain without requiring users to download the blockchain in question. XRouter was designed from the ground up to provide interoperability with ANY and ALL blockchains, including all DTLs (such as IOTA and Hashgraph) and private chains (such as Hyperledger or R3). There is no limit on the data XRouter can consume and verify – including any external data source in Oraclize.

XRouter is not limited in any way, shape, or form and is compatible with all blockchains. By allowing blockchains to integrate with each other (directly chain to chain, without being a middleman to the data itself), XRouter gives people, companies, industries, and developers the ability to utilize different blockchains for any dApp they desire and decentralizes the API ecosystem. You can download the Blocknet wallet with XRouter here. (In the future, the Blocknet wallet will not be required)

XRouter allows for the monetisation of inter-chain and multi-chain services. There is the capability to create custom microservices in Docker containers that act as plugins for XRouter. This is the foundation for Blocknet’s forthcoming XCloud platform. Existing containers on Docker Hub (hub.docker.com), including a large number of Enterprise applications, can also be monetized and served through Blocknet’s XRouter interoperability protocol. Developers and Service Node operators will be able to test XCloud Docker applications in XRouter Beta.

Currently, fees must be paid in BLOCK, but in a future release, there will be the ability to accept fees in any asset. This will help increase adoption and create a seamless integration into any application.

So, what does this all mean for the Blockchain ecosystem? XRouter and XCloud are enabling both developers and Enterprise software products to integrate seamlessly with blockchains and accept cryptocurrency payments without having to re-code or change anything about those existing applications. For example, if you have a text messaging service or platform, you can connect your service in a matter of minutes to XRouter and begin collecting fees (in BLOCK) for users to send text messages via XRouter without requiring any signups or KYC. To use your text messaging service, a user could open their Blocknet console and send an XRouter command: xrService SendTextMessage 555–555–5555 “Hello, I’m texting you from XRouter”

Finally, Blocknet will be building GoLang and C++ libraries for accessing the XRouter network, so that developers can integrate with XRouter without requiring any Blockchains to be installed. This will allow 3rd parties, companies, and other crypto projects to integrate XRouter in their own chains and applications without installing the Blocknet wallet.

Developers Wanted For The Beginning Of A New Ecosystem

Blocknet enables the creation of a multitude of cross-chain dApps and multichain architectures only limited by developers imaginations. Developers can begin building dApps right now on multiple blockchains and platforms including Hyperledger, EOS, Ethereum, IOTA, Stellar, Cardano, Tron, XRP, Monero, IOTA, NEO, Vechain, NEM, Waves and many more. If you want to build for XRouter or have any questions, please join our Discord or check out our Reddit page. You can download the Blocknet wallet with XRouter here. (In the future, the Blocknet wallet will not be required).

By building on the Blocknet Protocol, and joining the “Internet of Blockchains,” developers will help to evolve a decentralized crypto-ecosystem with a trustless security model, which has the ability to monetize tokens native to any blockchain. In addition, the Blocknet Protocol allows over 100 digital assets to be traded on Block DX, a 100% decentralized exchange dApp built on the protocol where the ability to list an asset is open and free, and your funds are in your control at all times as no third party is ever involved. Cloudchain Inc. is currently implementing a fully decentralized lite (thin) multi-wallet utilizing Blocknet’s XRouter protocol.