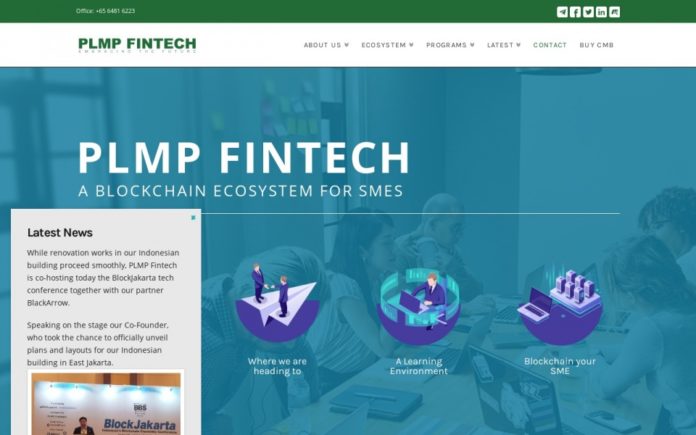 Singaporean blockchain company PLMP Fintech has signed an MOU this afternoon with the Agency for Free Trade Zone and Free Port of Batam and Indonesian firm Central Distribusi Batam for the development of a multi-million project in partnership with the Ministry of Trade that aims at reshaping the whole country’s logistics sector starting from the biggest island of the Riau Province.

The pilot phase will see the implementation in Batam of PLMP Fintech’s own Creatanium blockchain protocol to standardise the bidding exercise between buyers and sellers of agricultural commodities.

“Both parties will benefit from a simplified process where offering prices and trading are conducted openly and transparently”, says Clayton Ong, the tech firm’s appointed Country Manager that will oversee operations as they are gradually extended to the whole of Indonesia.

With one of the world’s largest populations and a challenging territory that encompasses thousands of islands and hectares of jungle, Indonesia can make the best use of a blockchain-based tracking platform to turn its time-consuming supply chain into an efficient machine.

“Our solutions will allow for round-the-clock updates on the exact location of moving goods to prevent delays and optimise the whole process”, explains PLMP Fintech’s Co-Founder Kym Kee during her presentation.

Indonesia’s logistics sector has a significant impact on the country’s GDP with costs that can be more than twice those of its neighbouring countries with imbalances also at national levels. Where inefficiencies in the transportation and delivery of goods within certain territories lead to higher prices for basic commodities like rice or sugar, PLMP Fintech’s blockchain solutions can bring the transparency and traceability needed to create an even ground.

The project is part of PLMP Fintech’s vision to build up a strong blockchain ecosystem made unique by the use of its own protocol and a diversified source of revenue from technological solutions to digital assets. Backed by a number of projects already in the pipeline around Southeast Asia, last one of which in Batam, and by market confidence, the company’s own digital currency Creatanium has already surpassed parity with the US dollar in less than a year from its launch in May 2018.