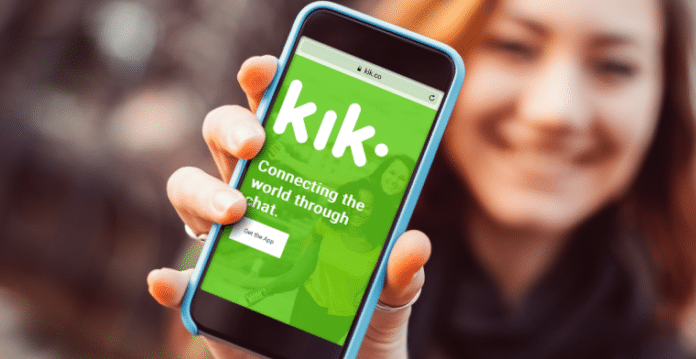 The Securities and Exchange Commission has sued Canadian Messaging Company Kik Interactive for – what they say is – conducting an illegal $100 million securities offering of digital tokens.

As of May 2016, Kik Messenger had approximately 300 million registered users and was used by approximately 40% of United States teenagers. But it was struggling financially before the ICO.

“By selling $100 million in securities without registering the offers or sales, we allege that Kik deprived investors of information to which they were legally entitled, and prevented investors from making informed investment decisions,” said Steven Peikin, Co-Director of the SEC’s Division of Enforcement.  “Companies do not face a binary choice between innovation and compliance with federal securities laws.”

“Kik told investors they could expect profits from its effort to create a digital ecosystem,” said Robert A. Cohen, Chief of the Enforcement Division’s Cyber Unit.  “Future profits based on the efforts of others is a hallmark of a securities offering that must comply with the federal securities laws.”

As alleged in the SEC’s complaint, Kik had lost money for years on its sole product, an online messaging application, and the company’s management predicted internally that it would run out of money in 2017.  In early 2017, the company sought to pivot to a new type of business, which it financed through the sale of one trillion digital tokens.  Kik sold its “Kin” tokens to the public, and at a discounted price to wealthy purchasers, raising more than $55 million from U.S. investors.  The complaint alleges that Kin tokens traded recently at about half of the value that public investors paid in the offering.

The SEC v Kik Interactive case will be very closely followed and may set crucial precedent, but it is not an ideal test case for either side. From the industry perspective, it is not an ideal test case because Kik’s CEO made public statements that arguably support the allegation that the token is a security. But the case also does not paint the SEC in the best light, and the complaint’s hostile tone sends the wrong message.

While this is not how the SEC seeks to paint it, a critic could read the allegations as follows:

The big winners in all this will be Kik’s US-competitors, including Facebook which is now planning to roll out its own token.

Preferably, the SEC’s first serious enforcement action would have come against a US company, and preferably one that involved some other form of misconduct beyond simply failure to follow SEC guidance that did not exist at the time the offering was set in motion.

The SEC charges that Kik sold the tokens to U.S. investors without registering their offer and sale as required by the U.S. securities laws.

The complaint further alleges that Kik marketed the Kin tokens as an investment opportunity.  Kik allegedly told investors that rising demand would drive up the value of Kin, and that Kik would undertake crucial work to spur that demand, including by incorporating the tokens into its messaging app, creating a new Kin transaction service, and building a system to reward other companies that adopt Kin.  At the time Kik offered and sold the tokens, the SEC alleges these services and systems did not exist and there was nothing to purchase using Kin.  Kik also allegedly claimed that it would keep three trillion Kin tokens, Kin tokens would immediately trade on secondary markets, and Kik would profit alongside investors from the increased demand that it would foster.  The Kin offering involved securities transactions, and Kik was required to comply with the registration requirements of the U.S. securities laws.

The SEC’s complaint charges Kik Interactive Inc. with violating the registration requirements of Section 5 of the Securities Act of 1933.  The SEC seeks a permanent injunction, disgorgement plus interest, and a penalty.  The Commission has previously charged issuers in settled cases alleging violations of these requirements, including Munchee Inc., Gladius Network LLC, Paragon Coin Inc. and CarrierEQ Inc. d/b/a Airfox.

The SEC’s investigation was conducted by Brent Mitchell, Jeff Leasure, and James Murtha of the SEC’s Complex Financial Instruments Unit and supervised by Mr. Cohen and Reid Muoio, Deputy Chief of the unit.  The litigation will be handled by David Mendel and Stephan Schlegelmilch.  The SEC appreciates the assistance of the Ontario Securities Commission.