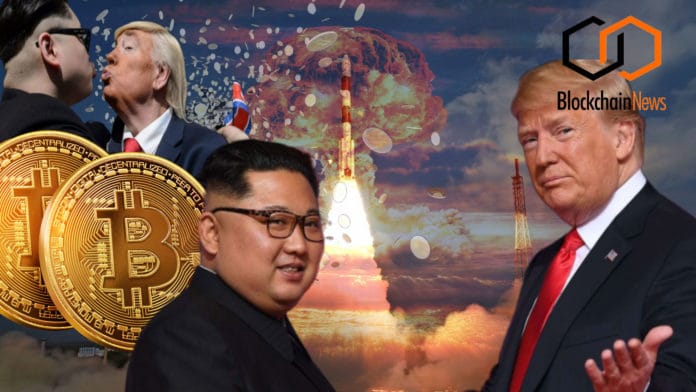 A leaked confidential report, leaked to Reuters, from the United Nations on the development of North Korea’s weapons of mass destruction program hints that they are using their cyber warfare unit – the Reconnaissance General Bureau – to conduct thefts on cryptocurrency exchanges and banks to the tune of over $2 billion – in order to fuel their weapons programmes.

The report, covered by Michelle Nichols with reporting by Matt Spetalnick at Reuters – is likely to ignite American concerns about Bitcoin and other tokens being used for crime.

North Korea “…continued to enhance its nuclear and missile programmes although it did not conduct a nuclear test or ICBM (Intercontinental Ballistic Missile) launch,” said the report to the U.N. Security Council North Korea sanctions committee by independent experts monitoring compliance over the past six months.

When asked about the U.N. report a U.S. State Department spokeswoman told Reuters:

“We call upon all responsible states to take action to counter North Korea’s ability to conduct the malicious cyber activity, which generates revenue that supports its unlawful WMD and ballistic missile programs.”

“A South Korean agency pointed the finger at its neighbour back in  2018 saying that domestic exchanges had been attacked with the loss of billions of won. It was investigating at the time if the rogue nation was behind the massive hack of Japan’s Coincheck exchange, which led to the theft of more than $500 million in cryptocurrency.

More recently, North Korean hackers were said to have been targeting users of the UPbit exchange with a phishing email campaign.”

American President Donald Trump continues his bromance with North Korea leader Kim Jong Un with numerous meetings and deals for North Korea to halt their missile programmes, most recently in June when he became the first sitting U.S. president to set foot in North Korea at the Demilitarized Zone (DMZ) between the two Koreas.

The U.N. report was completed before last week’s missile launches by North Korea, but noted that “…missile launches in May and July enhanced its overall ballistic missile capabilities.”