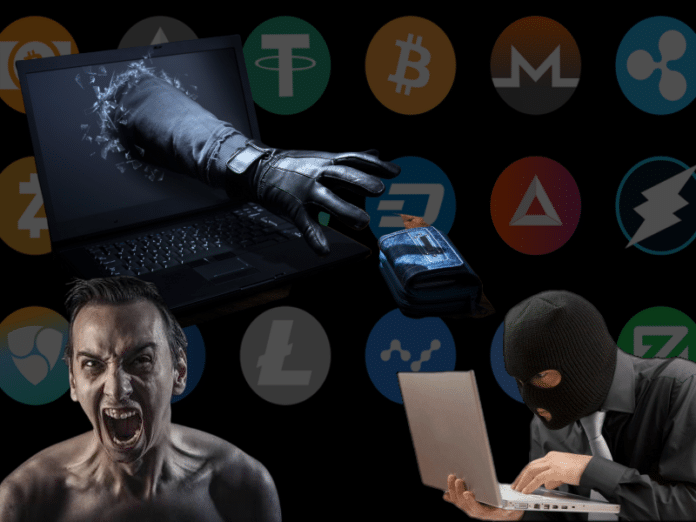 Widely referenced globally, this quarterly report analyzes cryptocurrency-related crime and how countries are working to foster trust and safety in the crypto economy. This second report of 2019 provides a comprehensive overview of major cryptocurrency thefts, scams and fraud worldwide, active and pending regulatory legislation, and emerging trends. CipherTrace also covers Facebook’s Libra and its potential implications for global finance.

Although exchanges, wallets and other cryptocurrency custody services are strengthening their defences, hackers continue to innovate and outpace even the current state of the cybersecurity art. Even Binance, the world’s number-one cryptocurrency exchange, lost tens of millions of crypto assets to a breach perpetrated by sophisticated hackers using a lethal cocktail of phishing, viruses and other attack vectors. In total, cybercriminals looted $125 million in Bitcoin, Ethereum and other digital assets from exchanges this quarter. However, CipherTrace based this theft number on the price of the assets at the time they were stolen. In actuality, given the recent price movement of Bitcoin and other tokens, this value is likely much greater since they tripled in value during Q2 2019. Additional exit scams, thefts and dark market takedowns still under investigation could push the total losses much higher.

2019 Shaping Up as the Year of the Exit Scam

Additionally, this quarter’s report identifies a concerning trend that may once again overshadow the cryptocurrency losses due to cyberattacks—the “Exit Scam.” While hacks have netted criminals US$227million during the first half of 2019, several alleged exit scams under investigation have netted fraudsters $3.1 billion dollars and $874million has been misappropriated. In aggregate, hacks, exit scams and misappropriation of funds fraud, cost cryptocurrency exchanges, investors and users US$4.3 billion in the first half of 2019.

This report also covers a shocking new update from Canadian courts regarding the implosion of QuadrigaCX in Q1—what had been Canada’s largest exchange. The “Fifth Report of the Monitor” confirms CipherTrace’s suspicion of fraud and theft of funds over years, which ultimately cost exchange users nearly US$200 million in lost crypto assets.

At the end of Q2, a bizarre saga unfolded involving an unconfirmed exit scam around PlusToken, a purportedly South Korean exchange and investment pyramid scheme. It culminated at the end of June with Chinese police arresting six Chinese nationals, the “Plus Token 6,” on the South Pacific island of Vanuatu, and may have cost millions of unsuspecting crypto investors as much as US$2.9 billion in lost funds. CipherTrace has not completely confirmed the details of this alleged exit scam, including in whose pockets the billions ultimately found a home.

Meanwhile, the darknet marketplace Wall Street Market’s attempted exit scam resulted in the seizure of over $11 million worth of crypto assets by European authorities. Wall Street Market was one of three darknet markets seized this quarter. Also, new research by CipherTrace reveals that despite the proliferation of privacy coins, Bitcoin is still king in dark markets and cybercrime.

Owing to the acceleration of hacks and frauds in tandem with related money laundering—as well as high-profile abuses of cryptocurrency by rogue countries to evade sanctions—regulatory bodies have increased their oversight of virtual assets. For a major example, the Financial Action Task Force (FATF) rocked the crypto economy with a new “travel rule”—for which the G20 announced its full support in Osaka in June—that requires transactions between exchanges to include personal information about the sender and the receiver of funds similar to international bank wire and SWIFT transfers of fiat funds.

Cryptocurrency regulation is now obviously viewed as an imperative across the globe, and there is increasing political concern about the potential financial disruption blockchain technologies pose. In particular, Facebook’s entre into the cryptocurrency world by announcing Libra ignited a fury of debate in global capitals regarding the risks and rewards of these new financial tools.