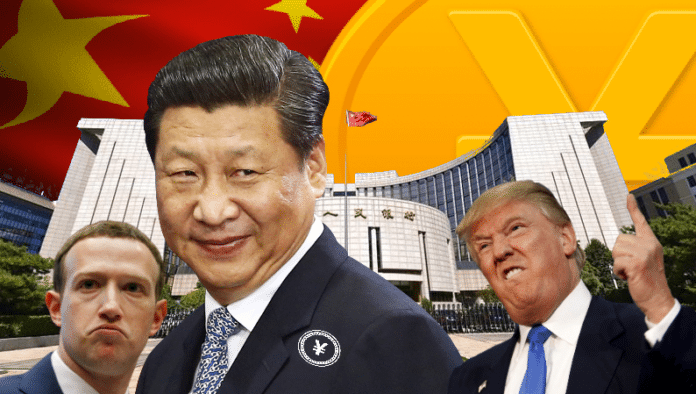 Not long after Facebook announced details of its Libra cryptocurrency project,  it appears that China is ratcheting up to release its own national cryptocurrency.  China’s central bank is nearly ready to issue the country’s own sovereign digital currency, a senior central bank official told a forum held at the China Finance 40 Forum over the weekend in Yichun, Heilongjiang.

Mu Changchun, deputy director of the People’s Bank of China’s (PBOC) payments department, told Reuters that the issuance of the digital currency will rely on a “two-tier” system in which both the central bank and financial institutions will be legitimate issuers adding that the digital currency would not solely rely on blockchain technology as current blockchain technology would not be able to handle transaction volumes in China.

“It will be interesting to see how this shakes up the market. It’s great to see a positive governmental move towards crypto, given other major economies such as the US and India are taking steps to stifle cryptocurrency adoption. It’s clear that China understands the opportunity cost of missing out on crypto growth.”

Digital currencies are coming into the mainframe and international competition is heating up. Economies risk being disadvantaged if they are left behind.  This new currency could even rival Facebook’s notorious proposed cryptocurrency, Libra. This is largely because Facebook is not permitted in China, giving the government a potential monopoly over the market.  Looking ahead, China is well-positioned to get ahead of the game and take up a leading position in one of the key asset classes of the future.”

“Although a certain level of regulatory scrutiny is wise, other countries should consider taking China’s lead. Whether regulators like it or not, the adoption of digital currencies will continue. Just last week, Bitcoin shot to new heights and was even treated as a safe haven asset during sell-offs over recession fears. It’s a positive sign of things to come.”

“It is without a doubt that with the announcement of Libra, governments, regulators and central banks around the world have had to expedite their plans and approach to digital assets,” said  They have to consider the possibility that non-government issued currencies could “dramatically” disrupt finance and payments.”

Earlier in July, Coindesk reported, on a large number of patents filed by the PBoC relating to its digital currency paint a picture of how it might work.

“The patents indicate the wallet would store a digital currency issued by the central bank or any authorized central entity that is encrypted like a cryptocurrency with private keys, offers multi-signature security and is held by users in a decentralized way.”

At the latest count, there have been 52 patents filed under the name of the Digital Currency Research Lab of the PBoC, with the latest published on Oct. 9, 2018, having been submitted on March 26. 2018.