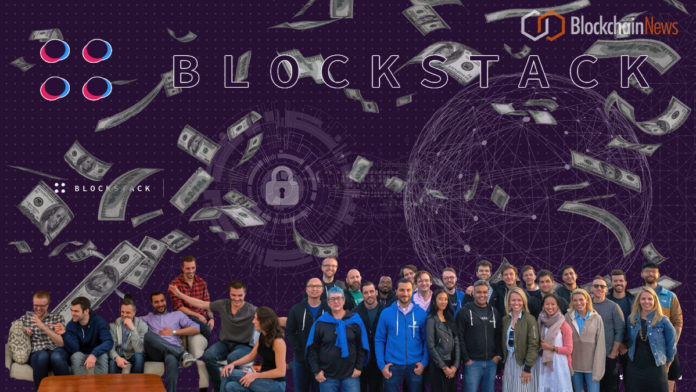 More than 4,500 individuals and entities participated and ponied up more than USD$23  million in the first US Securities and Exchange Commission (SEC) qualified and regulated Regulation A+ token offering issued by Blockstack PBC (including both their SEC-qualified token offering and investors outside the United States made under Regulation S).

Blockstack PBC, a public benefit corporation at the heart of the Blockstack ecosystem, is headquartered in New York City, with a globally distributed team that includes computer scientists from Princeton, Stanford, MIT and other top universities.

After four years of research and development, they have deployed the initial version of their full-stack computing platform that they say can scale blockchain-based apps to millions of users today.

From the Blockstack Blog:

“One of our goals for working with regulators in the United States was to open up our network to a broader audience. We wanted to reach more retail investors who can be users of the Blockstack network. These users have a financial stake in the success of our ecosystem. We’re proud to deliver on our commitment to permit early community members who tried participating in 2017 but did not reach the wealth or income requirements for “Accredited Investor” status. These early community members were able to participate now at the same price as the 2017 Regulation D offering to Accredited Investors.”

“Building and testing privacy-centric technology should be a process that is open to everyone. We have now welcomed thousands of new contributors to our ecosystem as Stacks owners.”

But it was not just US investors,  they also attracted strategic investors from Asia which was a key goal of their token offering.

“We announced earlier that Hashkey and SNZ led our Asia strategic round. Recruit, one of the largest internet companies in Japan, partnered for the Japanese market. And we are in discussions with international investors for an additional $5M+ which may be distributed in a separate private placement or in a follow-on SEC-qualified offering, as we have previously disclosed in our SEC filings. The goal of this additional distribution is to continue growing our community and network in Asia.”

Following the distribution of the tokens, which is expected to occur in 30 days, Blockstack PBC plans to use funds from the 2019 token offerings to fuel further growth of the Blockstack decentralized computing network. This includes supporting user acquisition efforts, creating educational and marketing materials, supporting community events, expanding into potential new territories, and more. Guess what….  They are hiring!

Facebook
Twitter
Pinterest
WhatsApp
Previous articleFrance Vows to Block Facebook Libra Cryptocurrency in Europe
Next articleLondon Blockchain Accelerator Academy Looking for Partners
Richard Kasteleinhttps://www.the-blockchain.com
In his 20s, he sailed around the world on small yachts and wrote a series of travel articles called, 'The Hitchhiker's Guide to the Seas' travelling by hitching rides on yachts (1989) in major travel and yachting publications. He currently lives in Groningen, the Netherlands where he has set down his anchor to raise a family and write. Founder and publisher of industry publication Blockchain News (EST 2015) and director of education company Blockchain Partners (Oracle Partner) – Vancouver native Richard Kastelein is an award-winning publisher, innovation executive and entrepreneur. He has written over 2500 articles on Blockchain technology and startups at Blockchain News and has also published in Harvard Business Review, Venturebeat, Wired, The Guardian and a number of other publications. Kastelein has an Honorary Ph.D. and is Chair Professor of Blockchain at China's first blockchain University in Nanchang at the Jiangxi Ahead Institute software and Technology. He has over a half a decade experience judging and rewarding some 1000+ innovation projects as an EU expert for the European Commission's SME Instrument programme as a startup assessor and as a startup judge for the UK government's Innovate UK division. Kastelein has spoken (keynotes & panels) on Blockchain technology at over 50 events in 30+ cities.