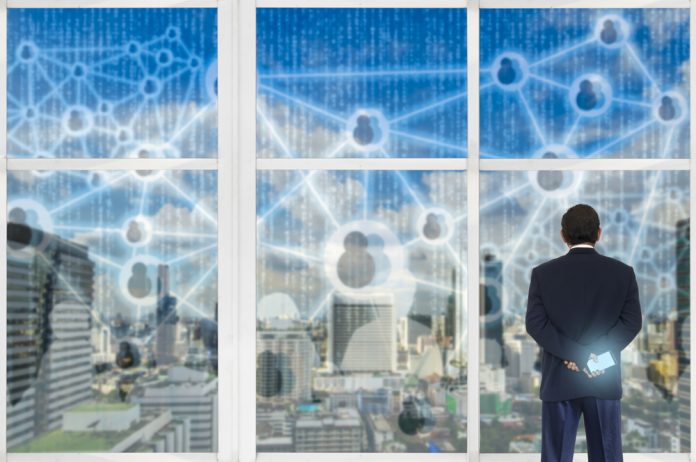 Over the past few months, some of the world's largest financial companies including Goldman Sachs, Bank of America and Mastercard – have been patenting promising Blockchain methodologies. Despite a common perception that Blockchain is Open Source and developers can freely use Sotoshi Nakamoto's ideas from bitcoin to build new systems, it still could mean costly legal problems for fledgling startups,  lawyers and others are saying.

From a report in Bloomberg Technology by Olga Kharif:

As the Blockchain – essentially a shared, cryptographically secure ledger of transactions – evolves beyond its techno-utopian roots and startups like Chain and Hyperledger open their source code to the public, the risk is growing that patents will turn into powerful weapons in protracted lawsuits over intellectual property, especially in the hands of trolls trying to cash in on the technology’s skyrocketing rise. Increasingly, experts warn established firms will use them to assert exclusive rights over the work of Blockchain’s pioneers.

“Open-source code – that doesn’t necessarily restrict the ability to patent the underlying innovation,” said Patrick Murck, a long-time Blockchain legal expert who joined Cooley LLP last month. “Anybody who’s investing in the ecosystem, anybody who’s interested in the technology should be worried about this.”

Goldman Sachs and Bank of America declined to speak or didn’t respond to requests for comment from Kharif. But Mastercard's Justin Pinkham that like many other companies, it’s simply filing patents to defend its Blockchain inventions – as it always does, in all areas of its work and the company has filed for more than 30 patents related to the Blockchain and cryptocurrencies.

“We have expanded our patent portfolio to protect the company’s thinking, innovations and intellectual property,” said Pinkham, the head of payments innovation at Mastercard Labs.

Because open-source code is freely available to the public, legal disputes have cropped up over who actually owns the rights to the innovations built using that code.

For example Linux, the godfather of open source software. Due to the fact that Linux is free software and belongs to no-one, it is often assumed that Linux is “surrounded by legal uncertainties.” But Linux is no more or less prone to legal uncertainties, by which we usually mean potential patent infringements, than any other software application or platform. The problem is not the software nor the license, but the legal framework within which the software industry operates. Software patents have become part of the standard software industry model but are antithetical to the objectives of open source software and are seen as problematic for the good health of future software development by free software developers.

It's a philosophical battle that will certainly become part of the fabric of Blockchain in the upcoming years as the technology becomes more valuable and reorganises many industry verticals and perhaps even society in new ways.

On a brighter note, Mark Webbink, the legal counsel for Red Hat notes:

People in the software industry commonly talk about patents in cold war terms,” he said, “of mutually assured destruction and of nuclear meltdown.” No company is prepared to be the first to move, and the company that does is taking a risk of stellar proportions. So many companies have so many software patents covering so many areas of computer technology that if one pushes the button no-one can predict the outcome.

But it's not just the corporates. Self-proclaimed bitcoin creator Craig Wright was also noted taking out hundreds of of Blockchain-related patents. The Australian who claimed to be the inventor of Bitcoin, but failed to come through with final proof that he was Satoshi Nakamoto, is attempting to build a large patent portfolio around the digital currency and technology underpinning it, according to associates of his and documents reviewed by Reuters. He's now being called a ‘Patent Troll’ by some for filing over a billion dollars worth of Blockchain patents. The Bitcoin community is up in arms.

Robert Barr, the patent counsel for Cisco, told the hearings of the US Federal Trade Commission on “Competition and Intellectual Property Law and Policy in the Knowledge Based Economy” in 2002 that:

“…It makes more business sense to assume that, despite the fact that we do not copy other company's products, and despite the fact that we do not derive solutions to problems from the patent literature, we will be accused of patent infringement. The only practical response to this problem of unintentional and sometimes unavoidable patent infringement is to file hundreds of patents each year ourselves, so that we can have something to bring to the table in cross-licensing negotiations. In other words, the only rational response to the large number of patents in our field is to contribute to it.”

Former editor of LinuxUser Richard Hillesley says software patents are a racket for the protection of incumbent cartels and monopolies against innovation and competition.

Open source is driving the next wave of computing – and there are good reasons why this should be so. As data and the network become more complex, interoperability and commonality become greater issues. The transparency of open source and its adherence to open standards are essential in a networked world where every device has to be able to speak to every other device.

The distributed open source model of software development grew out of the developer communities that evolved around the Linux kernel and other free software projects during the early-90s. These communities called upon thousands of volunteers, with a diversity of skills, who came together across organisational and geographic boundaries to write free software, facilitated by the channels of communication that had been opened up by the internet.

Open source encouraged the participation of communities of developers, students, companies, hobbyists, professionals and academics. And the code was better for it.

Paradoxically, the willingness of companies to collaborate encourages innovation in other aspects of the business. A new device can be brought to market much more quickly because the operating system is already there. No single company has had to recoup the vast expense of developing an enterprise-level open source from scratch and precious engineering resources are liberated to develop other aspects of the design.

A corollary of the collaborative approach is that there is a commonality of standards so interoperability issues fall away. As computing has moved towards the web, it has made less sense to deploy conflicting technologies that result in vendor lock-in and there is no point in re-inventing the wheel. Consequently, open source has moved up the stack.

Pooling knowledge and resources on the technology and feeding back software changes to the community has been of mutual advantage to all the players. Sharing the technology has improved performance and reduced overall costs for everybody. Collaboration, even with rivals, works – a fact that has been realised with some effect in the animation, special effects and biotech industries.