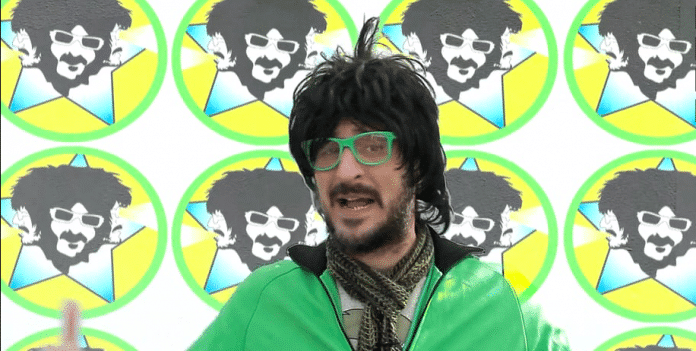 The world of cryptocurrency collides with the big screen in a new comedy film, KevCoin the movie, following the efforts of rock ‘n’ roll ex-roadie Kevin Powder to make a fortune by launching his own digital currency.

The movie premieres in London at the end of June and, in a unique twist, it is being launched directly to the cryptocurrency community it seeks to parody. For each USD 5 download purchase of the movie, people will be given 5,000 ERC20 KevCoin tokens to keep in the nominated wallet of their choice.

Set in Peckham, a gritty urban area of South London, the movie features award-winning actor, writer and director Jason Attar in the role of Kevin, who is ready to take the crypto world by storm. Powder creates his tokens then attempts to establish their value by making his own movie, funded with KevCoins.

A Sci-Fi fan, Kevin creates a fantasy film,  called The Day Peckham Stood Still. The trouble is, not everyone is onboard with Kevin’s one-man crypto revolution – especially the people of Peckham. Making a movie with just your newly-minted cryptocurrency to pay for it isn’t as easy as he thought.

Attar has appeared in various TV shows, including Spaced and Marshal’s Law. He said he became fascinated by cryptocurrencies since making an early Bitcoin purchase from a hacker at a London railway. He said that crypto is a brilliant way for people to get involved and back film projects more easily than through traditional film investment or crowdfunding.

The film can be downloaded or streamed at http://kevcointhemovie.com and all merchandising items will be bundled with KevCoins, giving the currency global distribution, according to a statement.

KevCoin: The Movie is released on June 28th, with the world premiere taking place in London on June 27, 2018. A lottery will be held so that members of the community can attend the exclusive premiere. Details of the competition are still to be announced.