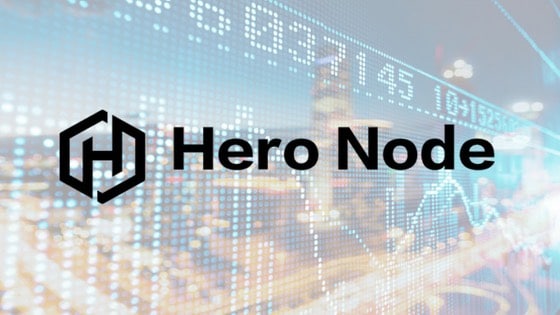 Hero Node has officially launched its Lock-in Incentive and Revenue Sharing program. Since now the price of the currency is rather low, locking the position would be a good choice. The Hero Node team strongly encourage all investors who hold HER to participate in this event. Users can follow the guide to Locked Revenue Interpretation through the official event website: https://heronode.io/incentives

While the market is rather depressing and the prices of cryptocurrencies are frequently fluctuating, Hero Node team is still moving in strict accordance with its long-term development plan. In order to protect investors’ profit, Hero Node has launched the Lock-in Incentive and Revenue Sharing Plan a value-added service.

The total private equity accounted for 2% of the total supply, closing to $400M, including the cornerstone. And for the first time, one-third of the Private Placement Amount will be unlocked on July 21, around $133M.

Market performance evaluation
The recent security issues and breaking news relating to cryptocurrency led to fluctuations in cryptocurrency prices. Instead of handing over the currency to the exchanges and watching the value going down to the bottom of the valley, it is better to take action and protect investors’ interest. Hero Node rewards long-term investors for holding HER. Instead of trading in the down market, it’s better to turn to a securer plan. Sometimes the passive investing is the best strategy.

The Lock-in Incentive and Revenue Sharing will incentivize three types of investors:

Long-term investors
For the long-term valuing investors, the incentive locking plan allows them to profit from HER in the near future. As for short-term speculators, this plan will limit their investing options.

Eco-system builders
The incentive program will be a good news for those who contribute to the construction of public chain ecological prosperity, including community maintenance, DApp construction, and ecological construction. Hero Node provides cross-chain platform for developing DApps so the eco-system requires each user’s effort to run. The unlocking plan will encourage system builders get more in turn.

Believers in the faith
Reward will eventually go to those people who firmly believe that blockchain technology can change human life. Hero Node’s ambition is not only to earn profit from its tokens, but also to provide a platform for developers to change the future of internet and lead the trend in new blockchain DApps. The early developers motivated by the belief that blockchain technology can change the world and are the same group of people currently using Hero Node.

What is Hero Node? A new approach to Dapp development…
Hero Node is a cross-blockchain, cross-platform development solution for DApps. It is based on the Hero protocol and its vision is to integrate different varieties of public blockchains, somewhat akin to the Alibaba Cloud in the blockchain industry.

It introduces the new generation of decentralized computing based on what we call “fog computing,” and the HER token paves the way for developers to build on top of this platform. By building a cross-chain and cross-platform solution, Hero Node empowers developers to build DApps with convenience and efficiency.

This is a sponsored post provided by U.S. Blockchain.