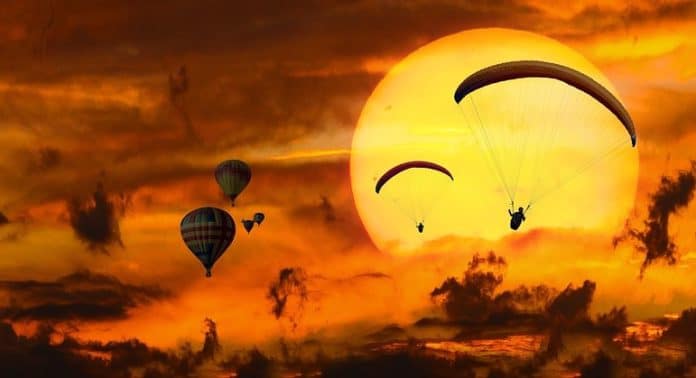 UK blockchain startup DADI on Thursday announced the Beta launch of the DADI network, short for the ‘Decentralized Architecture for a Democratic Internet’.

The organization aims to compete with the likes of Amazon, Microsoft, Google, and IBM to wrest back control of cloud services with a network that is majority owned and powered by members of the public, as opposed to a cloud computing market that is three-quarters owned by just four companies.

Users will be able to build, store, and serve content on the DADI network. The organization claims that doing so could create savings of between 50 and 90 percent on the cost of comparable Amazon, Google, IBM, or Microsoft offerings.

The blockchain powered, decentralized, peer-to-peer network aims to grow as members join and contribute the spare processing power of their idle laptops and desktop computers and, over time, of their smartphones, set-top boxes, games stations, smart TVs, and connected-home devices, to create a distributed data centre of hosts/nodes that spans the globe.

In return for adding their spare processing power to the network for rent, members will receive DADI tokens, which can be exchanged for money or services. Customers, meanwhile, will not only benefit from significantly lowered costs, but also from a much greener solution, claims the company. (More on this below.)

To date, 178,000 people have registered an interest in becoming part of the network, which has been developed over two years of research and with USD 2 million in direct personal investment. In January, DADI closed a USD 30 million crowdfunding round, making it the largest first-stage funding round of the year so far.

Founder and CEO Joseph Denne says, “A vast amount of computational power currently goes unused in homes and businesses around the world. Expensive computers, games consoles, set-top boxes, smart televisions, and other devices, spend large amounts of their life unused or in standby mode. And that’s the power we’ll harness for this new network – drastically reducing reliance on expensive data centres that harm the environment. In the same way that homeowners can now install solar panels and sell excess electricity back to the National Grid, the public will be able to connect their devices in the home to the DADI network – earning passive income as a contributor and part-owner of a fairer, faster, safer internet.”

The Germ of an Idea

“We’d done a neat job of combining content management and user data management in an open source PHP platform,” he says. “Then we stood back and thought, ‘There’s a product in this’. That’s where the germ of the idea for DADI came from.”

Soon, the startup was offering content management and Web services to over 200 websites, including those owned by Bauer Media, publisher of Empire magazine. But the founders sensed that there was a lot more potential in what they were doing.

“It was long on our minds to offer some kind of software as a service [SaaS] solution for enterprise customers that wanted to host our Web services somewhere. We quickly got the idea that we could do something that was a faster and a fairer version of what Google and Amazon were offering by leveraging blockchain technology.

“So DADI has become a peer-to-peer network owned by a community of people. Out of all the money that’s made from that, a big chunk of it is distributed back to the individuals that own the network, which is where the democratic piece comes in.”

The company has also established the DADI Foundation, an independent charity supporting “democratic causes”, including organizations that offer internet access to disadvantaged communities.

However, Regan says that DADI is going to market with a tight focus on the services it offers, rather than on the underlying blockchain technology.

“The first microservice that’s going to be available is the DADI CDN, our content delivery network, which stands head and shoulders at the front of all of this.

“I think, personally, that the blockchain component should take a back seat at this point, because what’s relevant to enterprise consumers is that point of cost and performance, not so much the ‘powered by blockchain’ thing, or the democratization of the internet.”

Nevertheless, the supporting technology is important for a fledgling business, in that it has to work on day one as a proof of concept. Regan explains that DADI has built safety measures into the network to help it scale from the get-go.

“We’ve got various fallbacks built into the network, in the form of partners at data centers that are running nodes in the early days while the network scales. Over time, that will provide consistency of service, which should give us no downtime issues.”

“It’s a utility token,” explains Regan. “It exists purely to purchase computing power or hosting services within the DADI network, or to be reimbursed for offering up services to the network. However, there’s a proof of state that needs to be offered up by individuals to guarantee uptime, which requires the purchase of coins. We’ve partnered with a few exchanges to make that easy.”

Might DADI refocus on the blockchain aspects of its services at some point in future, in terms of the message it is putting to market?

“When we say that blockchain will take a back seat, it’s not because we’re fearful of talking about it, or because we would ever consider hiding the technology,” says Regan. “We’re proud to be at the forefront of blockchain development, it’s just that in the context of marketing a CDN it’s not as relevant as the practical application of the platform.

“My personal view is that because blockchain is an emergent technology, and because a lot of the ICOs [initial coin offerings] that have been run in the past don’t need blockchain at all – it’s just been a way of raising capital – that has undermined the credibility of the technology. But we’re proud of building something that couldn’t have been built without blockchain.

“The token has a direct utility value, and we have a product that leverages blockchain in the way that it was conceived to be used. And we’re happy to shout that from the rooftops.

“We want everyone to stake a claim in a new type of internet. They have a chance to own something that’s a bit like owning a piece of Google, and earning money for that. This is why we think it’s like a new version of the internet.”

There’s no doubt that this is an impressive venture allied to a big-picture concept, which has caught the imagination of many people and persuaded them to invest. The idea of being able to manage and monitor transactions without a centralized organization or data landlord continues to be persuasive.

But not all of DADI’s claims should be taken at face value as we move towards what many are calling internet 4.0, or the fourth industrial age. If internet 1.0 was about information, 2.0 about community and social platforms, 3.0 (the present) about transactions – enabled by blockchain – and 4.0 about smart things and cities (underpinned by blockchain), the problem of power consumption and carbon cost never goes away; indeed, it grows and grows.

One of the challenges of blockchain – as with cryptocurrencies – has always been that it is unable to escape from simple physics, despite the claims that are consistently made for it being a greener, fairer system. Another is that it replaces trust with complexity, and a system that can’t be iteratively improved.

The core problem is this: while the massive data centers operated by Google and Amazon may indeed guzzle power and give off vast amounts of heat, more and more of them are designed to be carbon neutral, or have carbon offset schemes attached to them. In many cases, Google, Amazon, and others, such as Apple, have built their own power plants from sustainable or renewable resources to run them.

A network such as DADI merely shifts all of those costs and responsibilities away from a central organization and into a network of private members instead. Hundreds of thousands of people will find that their electricity and telecoms bills soar as all those once-idle devices power up – in households full of GPUs – and begin depreciating in value, too.

And while Apple, Amazon, or Google might be able to guarantee that their data centers are carbon neutral or sustainable, most consumers can’t make the same guarantees, unless they’re powering their homes independently via smart microgrids.

Of course, all of this creates savings for end-users, but at what expense to members?

So it remains to be seen whether DADI can compensate members well enough to cover their own rising costs. But in time, of course, they may own a piece of the new Google. But what Web startup hasn’t made that claim as it handed out stock options?

Having said all that, we still wish DADI the best of luck.