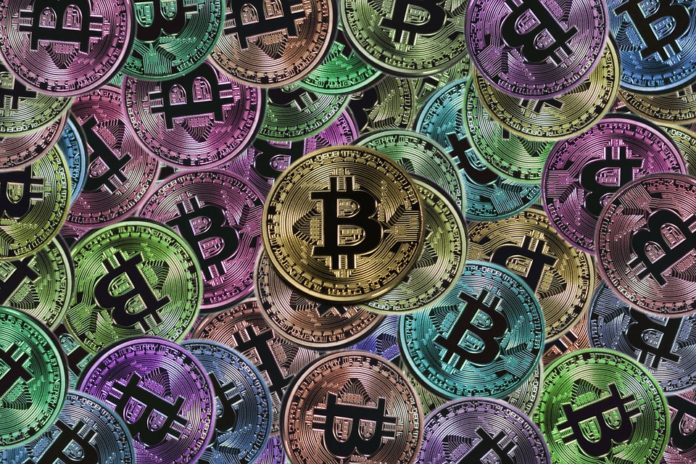 Initial Coin Offering (ICO) funding volume has more than doubled throughout the first five months of 2018 compared to the entirety of 2017, according to a report, published last week, by consulting firm PricewaterhouseCoopers (PwC) and the Swiss Crypto Valley Association

Despite token price drops — Bitcoin (BTC) currently hovers at roughly USD 6,500, down from its highest-ever price of almost USD 20,000 in December 2017 — ICOs have proven they are stalwart.

Daniel Diemers, one of the researchers behind the report, tweeted: “With better regulation, many expected a drop in Q1 & Q2, but overall momentum remains intact, as ICOs mature with more focus on governance, live projects, team [and] strategy.”

According to a press release from PwC Switzerland, 537 ICOs with a volume of about USD 13.7 billion have been registered since January 2018, surging over the total of roughly USD 7 billion raised in 2017.

EOS, a company that focuses on infrastructure for decentralized apps, and Telegram, the messaging app, top the charts in terms of funding, having raised over USD 5 billion between the two. “The first true ICO Unicorns have appeared,” the report writes of Telegram and EOS.

The report also found that, of the top 20 closed ICOs in terms of funding volume, 65 percent were successful while 15 percent either dissolved or had no products yet, and 20 percent were struggling under major issues that included anything from legal difficulties to strife within the company. 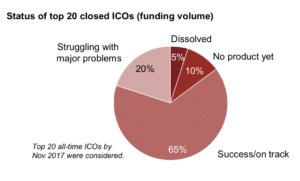 The report also noted that the U.S., Singapore and Switzerland remain notable breeding areas for ICOs across the globe, attributing their success to progress in governmental regulation. In the U.S., tokens have been mandated as securities with each state having its own regulations. More companies holding ICOs have begun registering too. In Switzerland and Singapore, tokens are treated as assets and viewed positively. 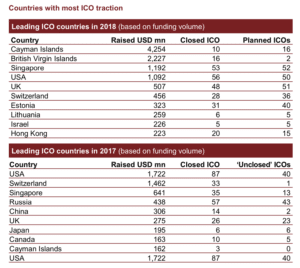 The report notes that Hong Kong, Gibraltar, Malta and Liechtenstein have made significant progress in becoming “ICO-friendly hubs” by following Switzerland’s example.

“After ICOs went through a hype-cycle in 2017,” the report reads, “they are becoming more mature and established in 2018.”