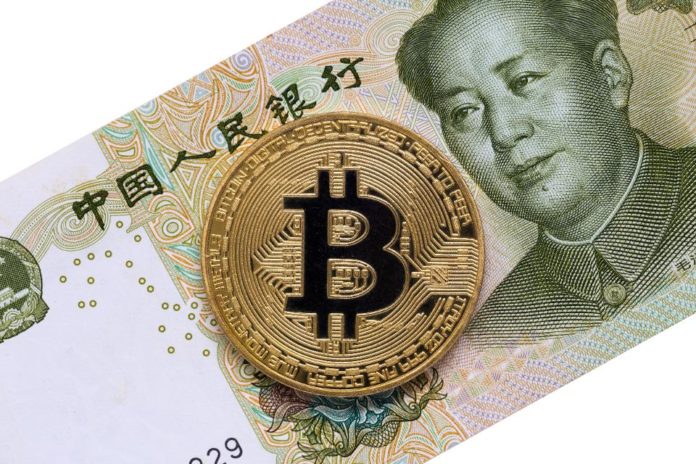 The Peoples Bank of China confirmed on Tuesday that the buying and selling of Bitcoin against the Chinese renminbi currency (yuan represent individual units of the currency) has fallen from 90 percent of transaction volume to less than one percent since September 2017, as reported by the Sunday Express.

A total ban on cryptocurrencies in China began in February 2018 after the Peoples Bank of China (PBOC) issued a statement saying that it would “block access to all domestic and foreign cryptocurrency exchanges and initial coin offering (ICO) websites.” The PBOC has also confirmed that it facilitated zero-risk exits for 88 virtual currency exchanges and 85 ICO trading platforms between September 2017 and the 2018 ban.

In spite of the strong regulatory posture taken by the PBOC, cracks have inevitably appeared in the cryptocurrency firewall. Several tokens, such as NEO, Aelf, and Achain are popular in and heavily associated with China and retail investors have found various creative solutions to gain access to the under-the-table cryptocurrency markets. Meanwhile, established blockchain companies like Synereo are playing ball with Chinese regulators to deliver the promise of blockchain in a controlled setting, and it could all escalate as early as next year, with some Chinese executives predicting large-scale applications set to hit the market.

Jon Ostler, CEO of finder.com told Express.co.uk that when it comes to China, “The crypto industry is optimistic about the future. China lifting its ban on cryptocurrency would likely have a significant impact on prices. It is such a big potential market that even murmurings of the ban lifting would probably push value up in the short-term.”